Kalki’s Counsel – If Everyone Volunteers, World Will Be A Better Place 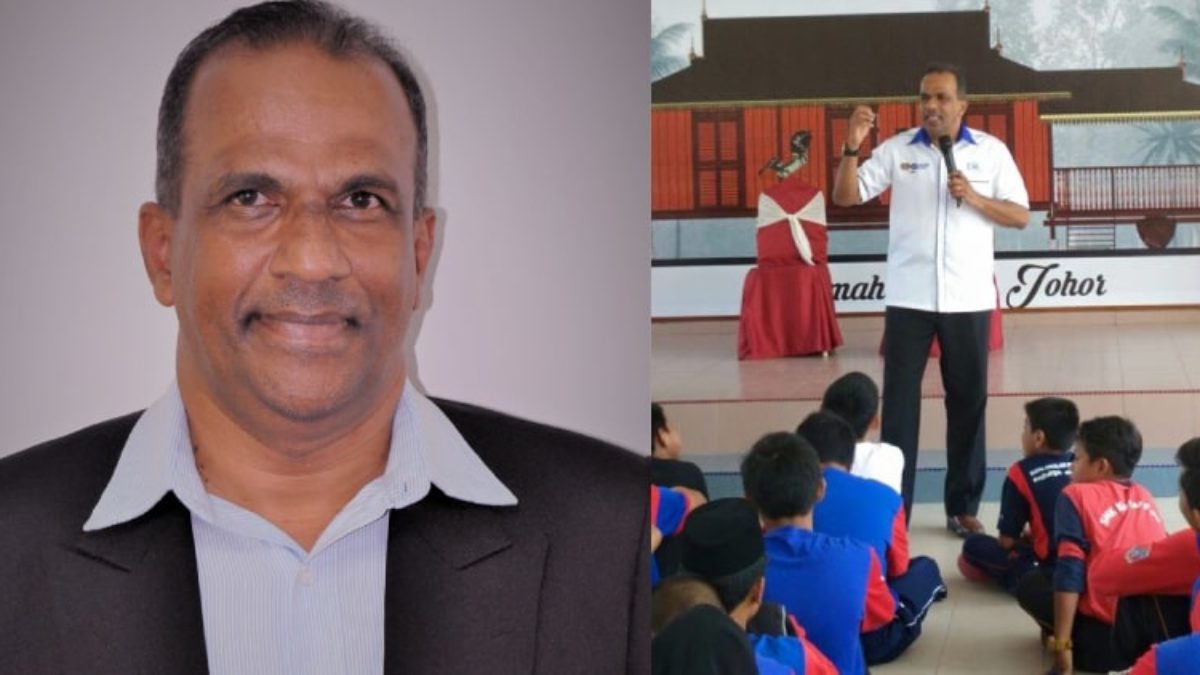 By Our Report
It was a college task to interview an officer from the Narcotics Department on issues related to drug abuse that sparked the interest in Kalki to become a trained volunteer who helps addicts recover and reconcile with family and society.
After graduating from the Ipoh Teachers Training College in Hulu Kinta in 1989, he was posted to Johor Bahru, where he joined the non-government organization Pemadam (National Association for the Prevention of Drug Abuse Malaysia). Four years later and having been fully trained, he was appointed district level secretary of Pemadam.
“I carried out my first experiential project, which I designed for civil society, in a village, with the aim of eradicating drug abuse among youths. It was a great success. During my early days as a volunteer, I used to go around giving talks on the dangers of drug abuse to primary and secondary school students. In the early 90’s synthetic drugs were not common in the market compared to traditional drugs like heroin. I don’t want school kids to be attracted to synthetic drugs like ecstasy. In all I have delivered approximately 700 talks in the past 30 years,” said the 54-year-old who has also trained in Thailand and Singapore.
In 1993, Kalki initiated the first public forum on HIV/Aids with the help of some experts from the Health Ministry. Seeing that most HIV/Aids victims were intravenous drug users, he started campaigning on HIV/Aids in schools, villages and urban areas, while also attending training, seminars, and workshops to equip himself with the latest information on drugs.
“I used to get lots of calls from the general public, especially parents who wanted their kids to be sent to rehabilitation centers. I would attend to all these cases and make sure they kicked their habit for good, even after leaving the rehabilitation center.”
In 2004, Kalki was appointed by the National Anti Drugs Agency as the chairman for Drug Rehabilitation Committee (JKPD) for Johor Bahru and was soon involved in countless rehabilitation programmes at daycare centres. He was also overlooking programmes involving addicts under supervision. He was also given the responsibility to assist the Cure And Care Clinic where he served as the deputy chairman for the Board of Visitors. For almost five years he had his own column in the state government tabloid ‘Suara Johor’ where he wrote on drugs and social related issues.
“Lifestyle changes among the youths prompted me to come up with more up to date prevention programmes and I came up with the slogan ‘Yes To Life, No To Drugs’. My main motivation is to help change people’s lives, especially youths who are trapped in a vicious cycle that can lead to total destruction and bigger issues for the country. Through my motivational talks, I put across to them the pitfalls of becoming drug addicts and why and how they should stay away. Many get into dangerous drugs because of their circumstances and inability to overcome personal problems related to family, relationships and the demands of city life. These kids find quick solutions through drugs thinking the can handle themselves but later become addicted.”

Kalki is no longer with any organization but he continues to campaign independently and assist the public whenever he is approached for help. With almost 30 years of experience as a volunteer, he is able to deal with most drug-related matters with confidence.
His chosen path has not been an easy one and there have been many hurdles and difficulties but they are all compensated by the equally satisfying experiences he has had. “When I find an addict totally recovered and starting out as a new leaf, it gives me great joy. Likewise, seeing the happiness in the families of these rehabilitated individuals. It has not been a hundred percent success rate sadly and there have been times when I’ve been confronted by rowdy youth unhappy with me when I go campaigning from door to door distributing awareness pamphlets in their area. When I sense the situation might get worse I just leave. However, such incidents can never prevent me from continuing my work for society.”
As part of his contribution to society, Kalki is about to release a book that he has written, a 26-chapter practical guide on how to build self-confidence and achieve one’s ambition. He draws inspiration from his years of experience as a teacher, social service expert and also his academic pursuits – he also holds a Masters Degree in Psychology.
“At some point, I also hope to produce short video clips to get my messages across. I advocate a positive lifestyle and want to get people to understand the potential that they have in this lifetime. My message is pretty simply – this world will be a better place if everyone volunteers in whatever capacity they can, be it their time, knowledge or skills.”

The post Kalki’s Counsel – If Everyone Volunteers, World Will Be A Better Place appeared first on Good News.
Source: goodnews