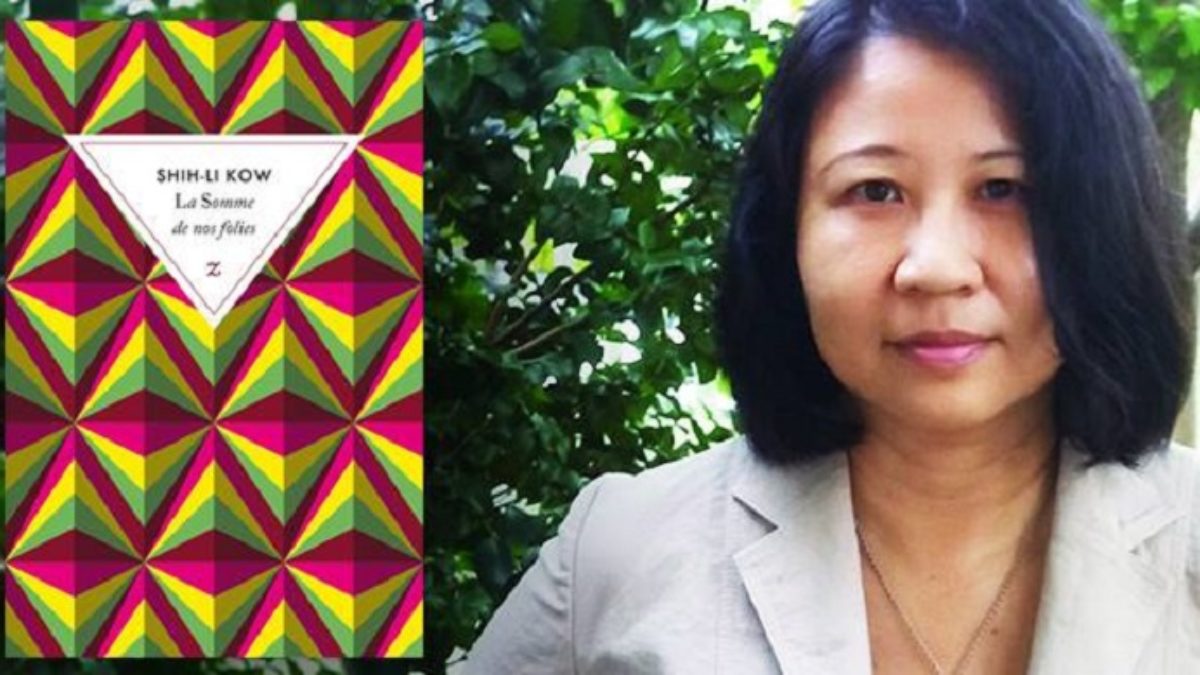 What do Tan Twan Eng, Tash Aw and Dina Zaman have in common? These Malaysian-born writers have all made their mark in the literary world by producing internationally-acclaimed novels.
Now writer Shih-Li Kow, a 50-year-old mall manager from Kuala Lumpur has earned the privilege of being added to this list as her debut novel ‘The Sum of Our Follies’ recently won the top French literary award of 2018!
The prize won by Shih-Li Kow, called the “Prix du Premier Roman étranger”, which means “First Novel Award, in the foreign category” is due to her debut novel being translated to French. The novel which was first published in English in 2014 has currently been translated to Italian. It will be in German next.
The premise of her novel is set in a fictional small town in Perak called Lubok Sayong (inspired by time spent by the writer in the small towns of Kulim and Kluang) and revolves around the happenings in the rural town told from the perspective of two protagonists, namely, Auyong, a middle-aged man, and Mary Anne, an orphan girl who were formerly from the big city, Kuala Lumpur.
Clearly surprised and thrilled by her win, Shih-Li Kow was reported as saying in The Star Online as saying, “reading the reviews for the French version of my novel, it took me by surprise. I thought I had written a book that was so local that only Malaysians would get it”.
This is testament to the fact that there are many things experienced by humans that brings us together rather than what makes us different. To this extent, the writer remarked, “issues such as race, change, development, the fear of losing our identity due to modernisation, all this appears in some form or the other in many places around the world”.

Not only is the novel an engaging read filled with mention of key political events, local nuances and cultural elements many Malaysians would definitely relate to, the story of how Shih-Li Kow met her French translator is equally interesting!
The writer first met 53-year-old, M. Frederic Grellier, when he visited Malaysia to celebrate his wedding anniversary. Grellier then proceeded to translate the novel by ear to French, as he is blind.
One memorable incident during the translation process was when the writer had to describe how some people put eggshells on the leaves of the mengkuang (screwpine leaves). The writer said, “it’s hard to explain without knowing the context, so I sent him a photograph of it; his wife helped explain it to him”.
Expect to read more of Shih-Li Kow’s work as she is in the midst of writing short stories. Although she does not rule out writing another novel in due time, she says “there is a bit of pressure (to start a new novel) from myself. It’s like exercising; you feel guilty if you don’t work out when you’ve been regularly doing it!”
Kudos to Shih-Li Kow on her win and the best of luck in writing her next novel!
Also read:
Book review: The Sum Of Our Follies
Malaysian wins French literary award