Mystery Solved: The Garfield Phones Washing Up On French Beach 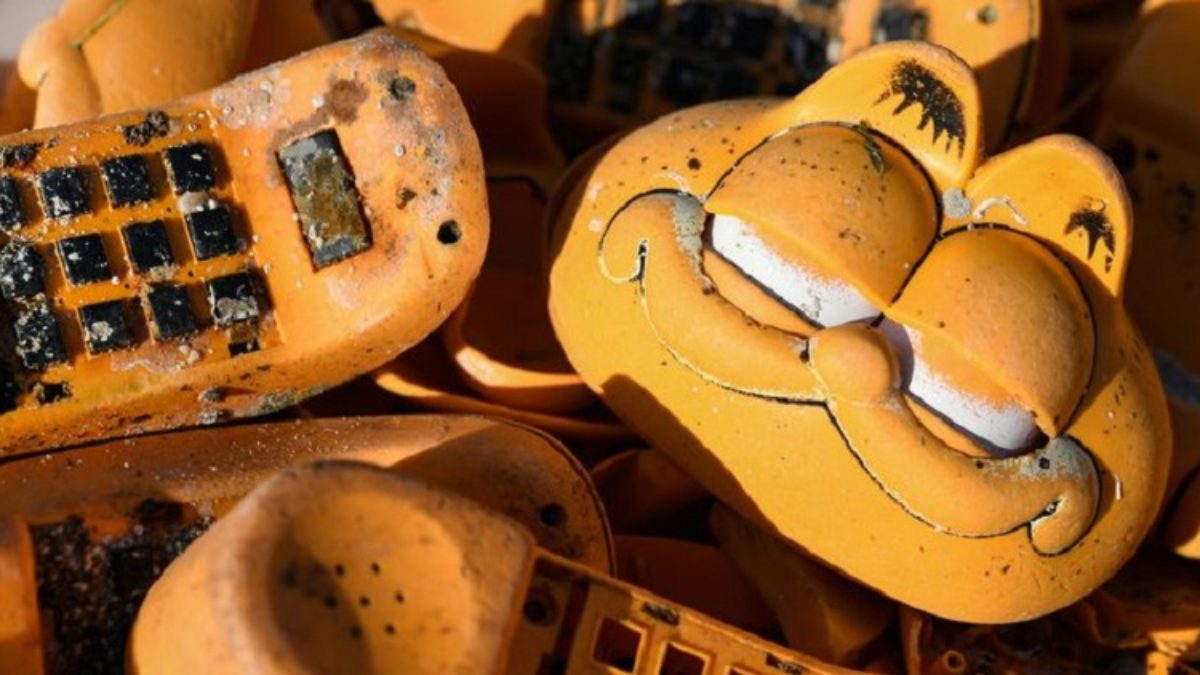 For 35 years a French coastal community had been cracking its head on the mystery behind the Garfield telephones that have washed ashore on its picturesque beaches.
According to reports, the Iroise coast in Brittany has received a supply of bright orange landline novelty phones shaped like the famous cartoon cat since the 1980s.
Anti-litter campaigners have been collecting fragments of the feline for years as they clean the beaches. And it had been a major headache for the plastic pollution campaigners.
But now, finally, the source of the problem has been found – a lost shipping container.
It is not that the beach-cleaning teams had not thought about a lost shipping container being the culprit. It’s just that they had never been able to find it.

However the mystery is solved after a local farmer remembered the time when the first telephone Garfield appeared after a storm in the early 1980s, when he was a young man.
He also knew the location of the container – in a secluded sea cave accessible only at low tide.
Climbing down the slippery rocks to the cave, the team spotted remnants of a destroyed shipping container – and soon, between the rocks, Garfield phones – in a more complete condition than any found before them.
However the discovery of the container does not solve the problem of plastic pollution.
The container remains inaccessible and it is not known how much of its cargo is sealed within it.
But for now the folks at this beach are no longer curious when bits and pieces of the novelty phone wash ashore.
Also read:
Solved: The 35-Year-Old Mystery of the Garfield Phones on a French Beach