Tasha’s Tale: Will Yourself And You Can Scale Any Mountain 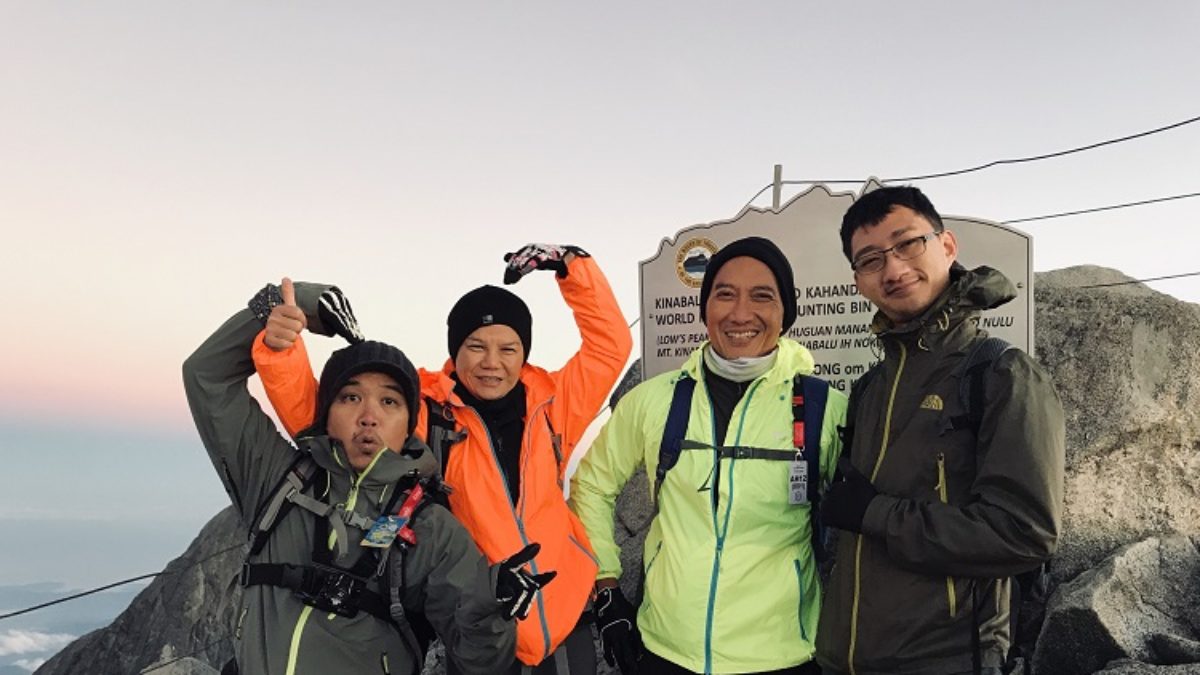 Fifty is certainly a milestone age that rightfully sets off many to go all out to celebrate the landmark birthday in memorable ways. Natasha Lee Abdullah, fondly known as Tasha, decided to do it in some style by keeping to a promise she had made to herself when she was much younger.
The fitness fan, with her age-defying looks and physique, knew full well she was physically up to the task she had set herself to do – climb Mount Kinabalu, the highest peak in Southeast Asia.
“It was the mental challenge that I found hard to surpass. Despite my wobbly knee, I knew I could train and prep my body but the thought of undertaking such a huge climb on my first attempt and to be doing it for all the people who had pledged for my charity was what made me really nervous.”
The charity is the Pertubuhan Kebajikan Pergerakan Adil (PKPA), a Kelantan-based NGO that disburses cash and kind to needy children particularly for education. Tasha explains, “I discovered this small NGO about five years and got to know about their crowdfunding initiatives for students who can’t afford school or higher education fees or sometimes even money to travel from Kelantan to universities in other states.”
For the past five years Tasha has been making various contributions to PKPA’s endeavours such as back to school programmes, recess time food, meals for breaking fast during Ramadhan as well as duit Raya. It was only natural that once her mind was made up about doing the Kinabalu climb, for her to tie her effort with her favourite charity.
“Once the dates were confirmed, I had only one month to prepare myself,” reveals Tasha, who varies her regular routine between pilates, yoga, kick-boxing, gym training and swimming. She’s fortunate that her husband Muhammad Ridha and daughter Nina also share her passion for working out. Coupled with their love for nature, the family trek together whenever possible to stay in shape. As a matter of fact, Tasha was in her early stages of pregnancy with Nina when she attempted her first climb 25 years ago, when she climbed Mount Santubong (at 810m a walk in the park compared to Kinabalu’s 4,095m).

“With very little time I started training full steam to prepare and condition my body for the Kinabalu climb. With my major muscles becoming tense from exertion, I had to rehabilitate my body with massages, chiropractic corrections, stretch sessions and needling, which is as strenuous as the exercises themselves. I gritted my teeth and told myself that this is for the climb and has to be done.”
There’s no question that Tasha’s body is lithesome enough to put youth to shame. Nevertheless, she wasn’t always the fitness enthusiast that she is today. “It just happened in my thirties when I became more health conscious and started exercising seriously. It soon became like clockwork grabbing my gym bag at lunch break to hit the gym. I also find kick-boxing good for reducing my stress and edginess and also gaining strength and stamina. Exercising on the whole keeps me happy.”
The Kinabalu climb was a different ballgame altogether because it was as much a mental challenge as it was physical and Tasha admits to moments of panic attacks and self-doubt.
Pledges meanwhile were pouring in and Tasha knew she had to persevere. If anything, she needed to think about the underprivileged children standing to benefit from her reaching the summit. “I didn’t come from much and I know the value of good education. I’ve always believed that education is the gateway to a better life to eventually break that poverty cycle. It’s very close to my heart and it helped me persevere.”
It also became her mantra during challenging moments of her climb.
On the day of the climb itself, Tasha and her team, comprising her husband, nephew, trainer and guide, took about five hours to make the 6km hike from Timpohan Gates to the base camp in Laban Rata.
After spending their night there, they started their ascend at 3am. Fighting bitter cold and pitch blackness Tasha and team made it to the summit to witness the sunrise at 6.03am on March 13, 2019.
“It was a euphoric moment! Just being atop the majestic mountain, watching the sun rise, admiring nature… while still being aware of how unforgivingly demanding and formidable the mountain can be, was very humbling,” says the gritty lady, her eyes still holding the sparkle she must have picked up at that moment.

The descent was just as arduous, taking even longer than the climb itself. She recalls, “At one point I could not feel my lower body from the strain of the mountain’s gradient but I was adamant about doing it unsupported and I did.”
To Tasha it was worth every sweat, sore, bruise, trepidation and especially fear. She had conquered.
“I enjoyed the hike, the peaceful silence, appreciating God’s creations. I felt a true sense of fulfillment. I was able to achieve my dream and more than that I fulfilled my cause. It was an amazing experience for me and I’m grateful for the support of my trainer and husband as well as my network of family and friends who believed in me and pledged for my cause.”
Tasha is overjoyed at having collected a final tally of RM15,101.00 from approximately 40 donors, which is higher than her target.
Having conquered Mount Kinabalu, Tasha has set her sights on Mount Fuji in Japan next. She refuses to set a time for it as understandably she is still in awe and relief at what she has accomplished as a 50th birthday gift for herself.
“The mind with the body…what an amazing machine. You can will it to do or you can will it not to,” says Tasha softly, her thoughts obviously still lingering in faraway Kinabalu’s mists.
Even if we can’t climb mountains or rally family and friends to play a role towards a noble ambition like this admirable lady has done, there are many ways we can all contribute to man and nature. Like Tasha says, you need to will yourself.

The post Tasha’s Tale: Will Yourself And You Can Scale Any Mountain appeared first on Good News.